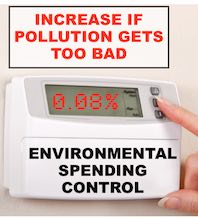 Posted at 09:30h in Uncategorized by admin

Cuts have consequences: the ridiculous task of being told to do more with less is something which the Environment Agencies share with the UK’s Emergency Services as all have faced very hefty budget cuts.  Successive governments have adopted the policy of looking at statistical improvements in crime rates and  pollution levels as a clear indication that it’s therefore necessary and safe to cut staff and funding, ignoring the  correlation that in both cases the improvements and stability will have been primarily linked to ‘adequate’  staffing levels.  The cutbacks always appear justified right up until the time when ‘something happens’, for the  Environment Agency that was the recent disastrous floods, for the Emergency Services that will tragically be  another mainland terrorist attack.

It is dangerous and totally counterproductive to treat these services like a thermostat that can be dialled up and down to compensate for fluctuations in their statistical effectiveness.

“The figures released are shocking and show us that things are worse than we thought. This is unacceptable and threatens wildlife and livelihoods, it’s clear that we are failing our rivers and the wildlife they impact. We need to see government action to restore these rivers”.  As Rob Cunningham, head of water policy at the RSPB rightly said “we shouldn’t ignore great efforts by wildlife groups, rivers trusts, water companies and others to make real improvements to our rivers, but we clearly need a step change if we are going to make meaningful progress.”  And whilst there is no doubt that the tightening of the EU’s assessment criteria has had an impact on the figures, using that as an excuse has as much credence as a yo-yo dieter blaming an increase in their weight on the greater accuracy of their new scales!

Thankfully society’s understanding and awareness of the impact of pollution continues to grow and the days when ‘environmentalists’ could be easily dismissed as a bunch of tree-huggers who didn’t live in the ‘real world’ are hopefully gone forever.  Pollution does not discriminate, it has no demographic or political allegiance which means that increasing spending to combat pollution in our rivers and at our beaches is not a controversial vote-risking political gamble it is something which benefits us all, animal, vegetable and mineral.   We need to look no further than India (more than half of its rivers  are polluted) and China (one third its major river basins and 60 percent of its underground water are contaminated) to see extreme cases of what can happen when pollution is not taken seriously. Cuts have consequences.