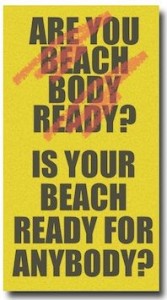 Posted at 11:20h in Uncategorized by admin

The full edition of June’s containment news is available here with all of the news, stories, and live links: *Containment News June 2015 PDF Version*

Smoking on planes, platform heels, chest medallions and big hair, even with psychedelic rose tinted disco glasses there are very few things that were better back in the 1970’s.   We’ve learnt a lot about a lot in the last 4 decades, and yet up until very recently we were still using a 1976 Directive to monitor Europe’s bathing waters.

Rather than warmly embrace the newly introduced  Bathing Water Directive as another positive improvement to a cleaner and healthier environment there are already mumbling undercurrents that the ‘harsh’ new directive will be to blame if beaches fail to make the grade this Summer.  This ridiculous stance is as meritorious as a motor manufacturer boasting that their 2015 cars are perfectly safe because they fully comply with the crash test requirements and legislation of the 1970’s.

To most people in the UK, Blackpool, Clacton, Ilfracombe, Margate, Morecambe and Porth conjure up a single image, families enjoying a day at the beach … rain or shine.   Shockingly those same beaches are among a list of 25 English beaches classed at being at risk of failing the new EU standard.  There is little doubt that improvements have been made, ‘only’ 400 out of the 21,000 European bathing waters tested last year were rated poor, with 99.5% of UK beaches making the grade.  But with the tougher new standards there is a lot to do and everyone has a part to play, from the person who lazily flushes a cotton bud to the water company that still believes that pumping raw sewage into our rivers and seas during periods of heavy rain is an unavoidable organic by product of their system.

It’s also worth remembering that monitoring is still only conducted during the ‘bathing season’** something which is of little comfort to the recreational water sports community who use our coastal waters all year round.
There has been a lot of talk and controversy in the media about “being beach body ready”, but what is far more relevant, but getting an awful lot less media coverage is whether our beaches are ready for us!