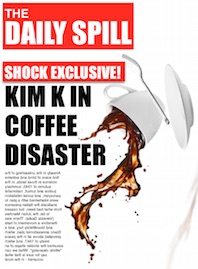 Posted at 10:45h in Uncategorized by admin

Researching stories for Containment News makes one realise that there is a two tier reporting system when it comes to environmental pollution. The vast majority of spill incidents are only covered by the local press, unless it’s on the scale of BP’s Deepwater Horizon or Buncefield they seldom make it to the national media.  On the rare occasion that stories like the 60,000 fish killed in the Grand Union Canal make it, the reports are usually a cut and paste from the local press coverage.

This unconscious filtering of news fosters a false sense of security that things are under control and that contamination of our rivers and watercourses is rare and it’s effect on the environment short-term.  However, when you start to piece the ‘isolated’ incidents together you start to see a different more disturbing picture (please see lead story below).  By trivialising pollution incidents it also implies that it’s an inconsequential accident and suggests it’s nobody’s fault.

Maybe water pollution lacks the obvious vox pop human empathy connection that flooding has, however, at the risk of repeating myself, yet again, I believe that will change if UK beaches are forced to close this Summer due to sewage pollution.   The dangers of a failure by national media to take water pollution seriously is chillingly demonstrated in India and China.  A blinkered concentration on increasing industrial production in China combined with a control of the media not to cover the issue has resulted in catastrophic levels of pollution which will take decades of unflinching concerted effort and political willpower to stem, let alone reverse.  The situation has become impossible to ignore, even for state-controlled media.

Although an extreme example it’s a lesson which Western countries would do well to learn.  The serious media have an important role to play as guardians of morality, it reflects and very often influences society’s compass of acceptable behaviour.  A perfect example is how the attitude to drink driving has undergone a monumental change in the 50 years since the first drink drive campaign.  A recent poll showed 92% of the public would be ashamed and 91% believe it is unacceptable to drink and drive.  Having said all that, I’m not suggesting for a minute that the UK mainstream media and press isn’t interested in spills,  if Kim Kardashian knocked over her coffee I’m confident that the incident would receive blanket coverage!