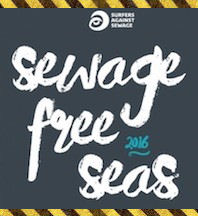 Posted at 09:23h in Uncategorized by admin

The full edition of March’s containment news is available here with all of the news, stories, and live links: *Containment News April 2016 PDF Version*

The Environment Agency has opened a stakeholder consultation on how often water companies should be legally permitted to discharge raw, untreated human sewage effluent directly into the nation’s beaches, rivers and coastline.  The very concept of setting targets based on what the public are ‘comfortable’ with seems to me to be a rather defeatist stance to take.

Everyone knows that 100% safety is impossible to achieve, however, surely it makes more sense to set a zero tolerance target.  Setting the bar with a number of permitted spills just makes it a figure that can be haggled over, allowing water companies to only count spills that exceed the permitted target level.

I can’t imagine the Fire Service asking the public’s opinion on how many legally permitted waste fires they considered were reasonable in a 12 month period.  Telling a waste recycling firm that it was permitted to have 3 fires in a 12 month period would be totally ridiculous, and yet somehow it’s deemed perfectly rational to set water companies permitted spill targets.

Even though both problems will never be totally eradicated the starting point each year for both pollution problems should surely be zero tolerance with the environmental and emergency services focusing on attempting to eliminate them altogether.

We like to think that we are living in an age of technological enlightenment and environmental awareness, however, when it comes to sewage pollution we don’t seem to have progressed quite so far.  In medieval times waste was simply thrown out of the window onto the streets, with only an accompanying shout to warn passers-by, when the practice was banned it didn’t follow a period of consultation allowing a certain number of legally permitted pedestrian soakings per household.

“Surfers Against Sewage has been monitoring sewage pollution at hundreds of beaches and surf spots nationwide for years.  There are 31,000 sewer overflows around the UK, designed to discharge a poisonous mixture of raw, human sewage and other pollutants from road drains and rooftops, directly into our rivers and seas.  Most beaches have at least one sewer overflow that discharges this toxic soup, either directly onto the beach or into a waterway nearby. These sewer overflows are often hidden away from view at the beachfront to conceal their existence. The ten worst performing sewer overflows in the Safer Seas Service discharged a combined 250 times during the 2015 bathing season (May-Sept).  Shockingly, there are many more sewer overflows along our coastline that boast similarly shamefully numbers of toxic discharges.”
Surfers Against Sewage is calling for public support for Sewage Free Seas, and aims to deliver thousands of signatures to the Environment Agency and Environment Minister at its All Party Parliamentary Group meeting in Westminster on 4th May, once the consultation has closed (the Environment Agency consultation closes on 3rd May).

SAS Campaign Director Andy Cummins said “This really is the best chance in a generation to plug the many thousands of polluting sewer overflows around the country.  We need a critical mass of supporters that will be too loud to ignore. It’s now or never, take action and sign up for Sewage Free Seas today!”

I would like to encourage all Containment News subscribers to add their signature to SAS’s campaign and help to finally deliver sewage free seas.