Containment News November 2015: ‘Pollution Monitoring May to September Only’ 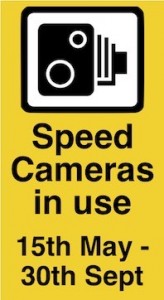 25 Nov Containment News November 2015: ‘Pollution Monitoring May to September Only’

Posted at 12:03h in Uncategorized by admin

The full edition of November’s containment news is available here with all of the news, stories, and live links: *Containment News November 2015 PDF Version*

‘Pollution Monitoring May to September Only’

Imagine what would happen if the UK Government announced that speed limits would remain in place, but speed cameras and Police patrols would only monitor motorists between the 15th May and the 30th September each year.  The remaining 227 days of the year would not be monitored as they were outside the ‘speeding season’.  Even the most committed of boy racers would question the rationale behind such a decision, and yet that is the UK Governments’ policy for coastal pollution monitoring.  If the speed scheme proved successful perhaps it could also be adopted in other areas once the appropriate ‘shoplifting season’ and ‘littering season’ could be accurately identified.
On the face of it the recent statistics showing that “97.1% of England’s bathing waters have met the new minimum standard and 63.6% met the very highest excellent standard” is very positive news.  Providing that is that you can ignore the fact that it does not include the 7 months of the year when the UK experiences its worst weather, putting the countries 31,000 Combined Sewage Overflows (CSOs) under their greatest stress.  Our friends at Surfers Against Sewage (SAS) estimate that a disturbing “89% of untreated sewage discharges are unchecked and outside of the legal framework designed to protect surfers, bathers, water users and coastal communities.”

Furthermore, “there are 41 beaches across England  Wales and Scotland where SAS believe the sampling spot is placed in an area that avoids the most polluted, yet popular areas on the beach.”  The Safer Seas Service continues to exposes the failing in both the sewerage system, and the loopholes within the legal framework used to hide the true impacts of pollution and the serious health risks associated with using polluted waters.

Containment News fully endorses Surfers Against Sewage’s call to action to lobby the Secretary of State for the Environment calling for an end to sewer overflow abuse and ensure water quality is tested at the appropriate time and in the appropriate place.