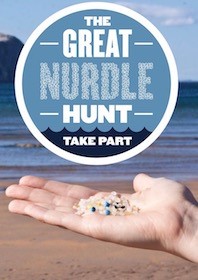 Posted at 17:20h in Uncategorized by admin

The full edition of October’s containment news is available here with all of the news, stories, and live links: *Containment News October 2015 PDF Version*

As Editor of Containment News and Flood News since 2009 I often feel jaded by the Groundhog Day repetition of pollution incidents, feeble excuses and lenient fines.  So it was embarrassing to discover that there was a major pollution problem that I had never encountered before – nurdles (sometimes referred to as mermaids’ tears).  The issue was brought to my attention by Sarah Archer, project manager for the Great Nurdle Hunt at Fidra  a local Scottish environmental charity.  “It is estimated that the UK produces approximately 2.5 million tonnes of plastic raw materials annually.  Of this a significant proportion are pre-production plastic pellets (or ‘nurdles’).  They are the building blocks used to make everything from drinks bottles and yoghurt pots to garden furniture and car dashboards.”  The pellets, about the size of a lentil, are mistaken for food by many marine animals and birds and enter the food chain, thereby having a devastating effect on our delicate marine ecosystem. “In the sea, nurdles and other plastics attract toxins called Persistent Bioaccumulating Toxins (PBTs) to their surface.  Most PBTs are industrial chemicals which can accumulate in animal and human tissue causing long term damage. Plastics act like a sponge for these toxins and can concentrate them to levels millions of times higher than the surrounding sea water”.   Spills take place when nurdles are handled or transported – either on land or at sea. This can happen at any step from the manufacturer through the distribution network to the plastic goods producer.  When uncontained nurdles can find their way into our storm drains and are carried straight out to sea. In the sea they disperse quickly and widely and as a result can be found throughout the world.

“They’re appearing all around our coastline and there is currently no practical way to clear them up,” says Sarah Archer.  “We want to work with those handling nurdles in the plastics industry and transportation sector to prevent further pollution – this can be done through good housekeeping and containment practices. Our vision is that all companies handling nurdles sign the ‘Operation Clean Sweep’ pledge. For this to happen we all need to work together to raise awareness of both this issue and the solution, both in the UK and globally.”

In March 2011, leaders from plastics organizations across the globe signed a declaration to combat marine litter. The Declaration of the Global Plastics Associations for Solutions on Marine Litter represented a public commitment by a global industry to tackle a global problem: plastics in the marine environment. This declaration is supported by action plans elsewhere.  For example, the OSPAR Commission, the intergovernmental organisation that collaborates to protect the marine environment of the North-East Atlantic, has identified initiatives to achieve ‘zero pellet losses as an action to help combat marine litter in its Regional Action Plan.  The Scottish Government’s Marine Litter Strategy also identifies action is needed on safe handling, packaging and transportation of plastic pellets to address this aspect of marine litter.

Studies into micro plastics are highlighting their extent and persistence in marine and freshwater environments – whether that’s nurdles, microbes from cosmetics, fibres from clothing or fast food packaging.

A study conducted by the Royal Holloway, University of London has uncovered the shocking statistic that around 75% of some types of fish in the River Thames have plastic fibres in their gut.

As with all forms of pollution it’s not enough to sanctimoniously blame industry, we all have our part to play. We all have a duty of care to our environment, an obligation to understand the collective consequences of our actions and as the Port of London Authority’s Cleaner Thames Campaign says Simply Do the Right Thing!