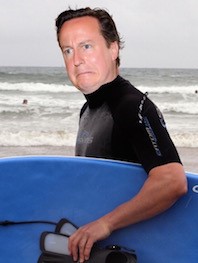 Posted at 08:45h in Uncategorized by admin

The full edition of September’s containment news is available here with all of the news, stories, and live links: *Containment News September 2015 PDF Version*

I’ve commented before on the woeful lack of coverage of water related pollution and sewage incidents in the national media. Therefore it is left to the small local newspapers to campaign and highlight the problem.  In many cases there is even an apparent desire to play down the issue. On the 23rd August the Daily Mail and Daily Telegraph ran the story that  “British beaches that have been rated cleaner than ever could be blacklisted as being unsafe for bathing due to new EU rules.”  They went on to report that “up to 25 beaches in England will be blacklisted under the new guidelines and will have to put up signs warning against bathing by next May.”  Far from welcoming the stricter rules which aim to make our bathing waters safer, the Telegraph and Mail’s stance was firmly in the ‘keep your nose out Brussels’ tradition.  However, less than a week later the same newspapers were tub-thumping that “untreated human waste was [being] pumped into the sea”.

This dramatic turnaround in attention was due to the fact that Prime Minister David Cameron and his wife “swims in sewage” and had been “surfing in sea containing diluted sewage during a holiday in Cornwall” 48 hours after a spill.  The ‘celebrity’ angle briefly elevated sewage pollution to blanket coverage in all of the UK’s national press as if beach contamination was breaking news.  Surfers Against Sewage (SAS) who have been tirelessly campaigning on the issue since 1990 must have taken more incoming calls from the national media in a day than they would normally receive in a decade.  A sad indictment on what drives the media’s attention, and presumably as it’s all about selling papers a reflection on what the general public are interested in reading.

Now that the 24 hour newsworthiness of sewage incidents has passed, the UK’s 31,000 Combined Sewer Overflows (CSOs) will return largely to media obscurity.  It’s not just the press who will shift their focus, between the end of September and the 15th May next year the monitoring of sewage beach spills will take a rest because that period falls outside the ‘bathing season’.  Those fool-hardy recreational beach users who insist on using our coastal waters ‘out of season’ must hope that the Prime Minister has caught the surfing bug (no not that one!) and starts to surf all year round too.  Perhaps then the media will wake-up and smell the sewage and water companies will be forced to confront the fact that using our coastal waters as a dumping ground every time we have a heavy downpour of rain is something which has no place in the 21st Century, in or out of the ‘bathing season’.